The Edmund Rice Mission began in the Sudan in 1991. It runs STAR project which works with those suffering from HIV/AIDS. Sudan has long been beset by conflict. Two rounds of north-south civil war have cost the lives of 1.5 million people, and a continuing conflict in the western region of Darfur has driven two million people from their homes, killing more than 200,000.

Population: 34 million
Life Expectancy: 62 years
Infant Mortality Rate: 54 per 1000
Public expenditure on health: 6.3% of GDP
HIV/AIDS: 260,000 people or 1.1% of the population
Public Expenditure on Education:
% of children primary school age not in school: 54% 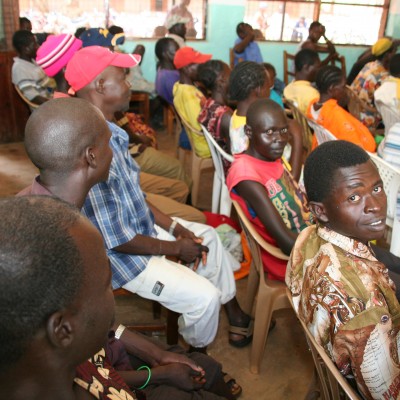 Country: South Sudan  Focus Area(s): Community Engagement
Our mission is to educate, support and advocate on behalf of all people living with HIV in Yambio, as part of a society-wide response that seeks an end to the HIV epidemic. The STAR group is...
Read More