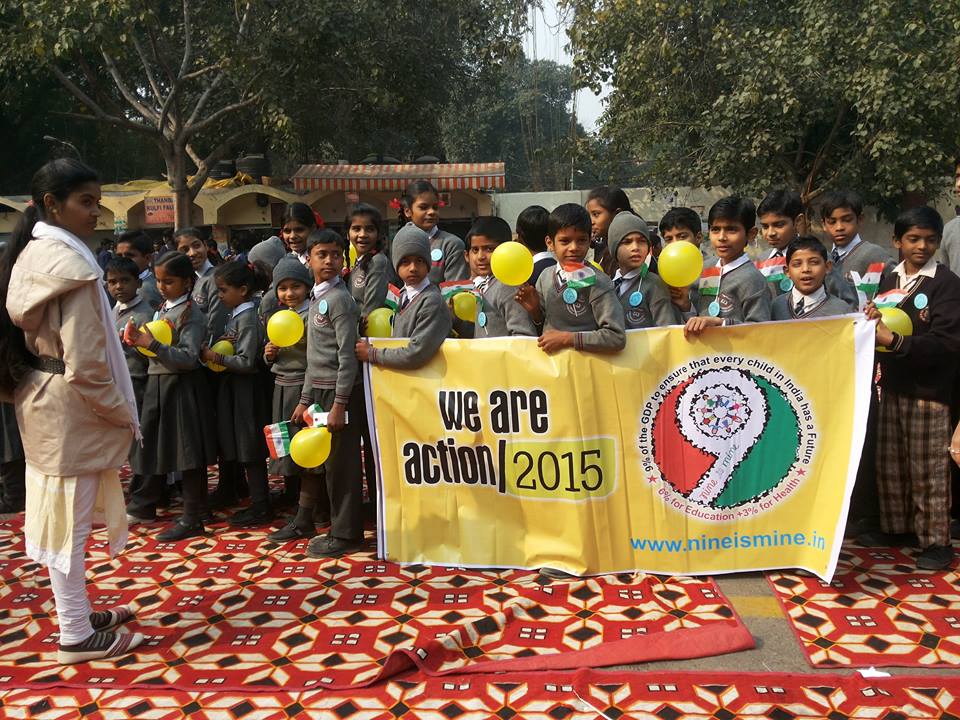 India is home to more than 19% of the world's children, while it is estimated that around 170 million or 40% of India's children are vulnerable or experiencing difficult circumstances characterised by their specific social, economic and geo-political situations.

Responding to keep Nelson Mandela's call to keep governments accountable to their promise of reducing poverty, the Nine is Mine movement was formed by the children of India to advocate for their own rights as children. By joining together, the children speak in one unified voice seeking education for all, an end to gender discrimination and a reduction of child mortality.

They continually campaign to demand that the Indian government honour their promise to allocate 6% of GDP to education and 3% to health - hence 'Nine is Mine.'