Our mission is to educate, support and advocate on behalf of all people living with HIV in Yambio, as part of a society-wide response that seeks an end to the HIV epidemic.

The STAR group is working with PLWHA (People Living With HIV / AIDS) who are also the poorest of the people in Yambio both economically and socially. This is in a context of South Sudan which is amongst the poorest in the world.

The STAR project is based in Yambio, Southern Sudan, a place in conflict for over twenty years. The Christian Brothers have been present in South Sudan for the last ten years working closely with the STAR project, which began in 2005 with just 6 people. They now have 1,300 participants, all of whom are infected with HIV/AIDS.

For a person living with HIV/AIDS in a place like Yambio, the path is lonely and hugely stressful. Many find themselves isolated and ostracized by their families and friends, especially when they get too sick to take care of themselves. The STAR project has grown up in response to this. The aim of the group is to first and foremost afford everyone who participates with respect and dignity. This lays the foundation for the trust that is necessary to challenge sufferers to move ahead with their lives. The Brothers provide counseling, support, antibiotic and multivitamin tablets, workshops on everything from prevention and hygiene to cooking and nutrition, and home visits to patients can no longer travel to be a part of the group activities. They also help in supporting 75 orphans who are also HIV positive, by providing food, clothing, school fees, shelter and medicines. Over the years many have died, but the Brothers and other volunteers have worked to make their passing as dignified as possible. 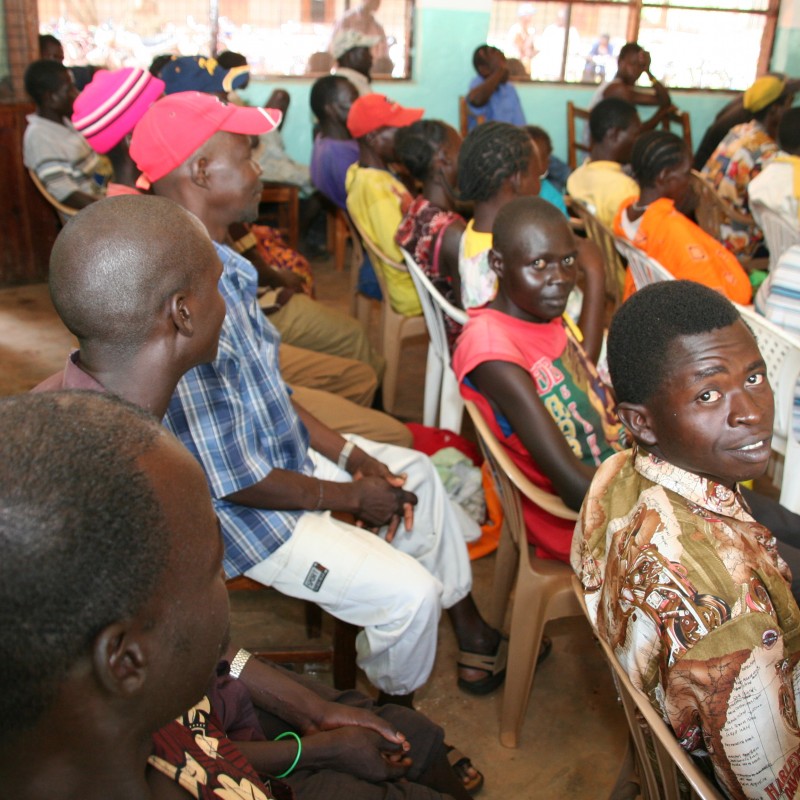