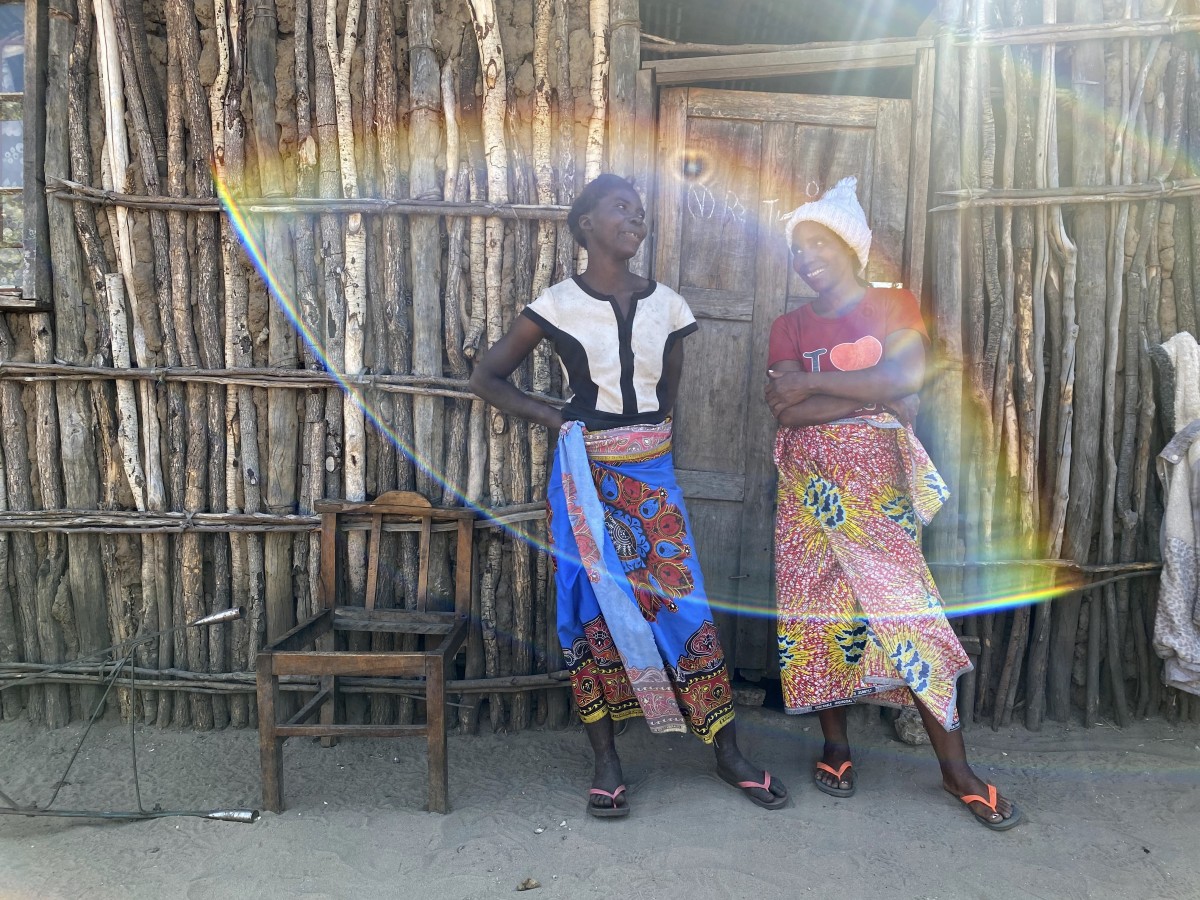 In August 2022, Naidi McDonnell (Programme Manager) and Abigail Carney (Capacity Development and Communications Manager) travelled to Zambia to visit projects in Mongu, Livingstone and Mazabuka and the Africa Province Mission Office in Lusaka. The trip started in the Western Province, where the ERD team visited the Western Cluster project. The project operates in three communities – Luampa, Limulunga and Senanga – with the project office in Mongu. The Western Cluster project takes a results-based, community engagement approach to address the root causes of poverty through livelihoods, education, WASH and advocacy initiatives.

The ERD team also heard about the advocacy aspect of the project, which focuses on preventing early childhood marriage and teenage pregnancy. Both the project team and beneficiaries spoke of parents previously viewing childhood marriage as a potential solution to financial difficulties. After participating in the project, many parents became aware of the dangers and negative impact it can have on their children; Gender Based Violence is often common within these marriages. One beneficiary, who had married her teenage daughter to a 28-year-old, attended the advocacy workshops. Following the training she visited her daughter and found that she had been taken out of school and was regularly beaten by her husband. The woman took her daughter home and said she would not marry any of her other daughters like that. There were many stories of parents now rethinking childhood marriage as a potential option and also checking on the safety of their daughters who have been married. The advocacy project has been very successful, and beneficiaries have requested the project be expanded out to more remote areas to ensure everyone is educated on the dangers associated with this harmful cultural practice.

After monitoring the Western Cluster project, the ERD team travelled to Livingstone to visit the St. Raphael’s Secondary School, where they saw the teacher homes and science labs that had been previously funded by Misean Cara and ERD private donors. The team then went to Mazabuka to visit St. Edmund’s Secondary School, Changa Changa Primary School and the St. Paul’s Training Centre. They had the opportunity to visit classrooms and meet the administration and pupils of each school. The trip ended in Lusaka where the Africa Province Mission Office welcomed them and facilitated a productive day of meetings with their team and the Africa Province Leader, Br. Alfred Banda. Special thanks to Africa Province Mission Coordinator Br. Clement Sindazi and South Central Mission Coordinator Reuben Chongo for their planning and coordination of the trip. We also thank Misean Cara for their funding of the Western Cluster project, and their past support to Edmund Rice Mission in Zambia.