Facilitating the Voices of Young People at COP26 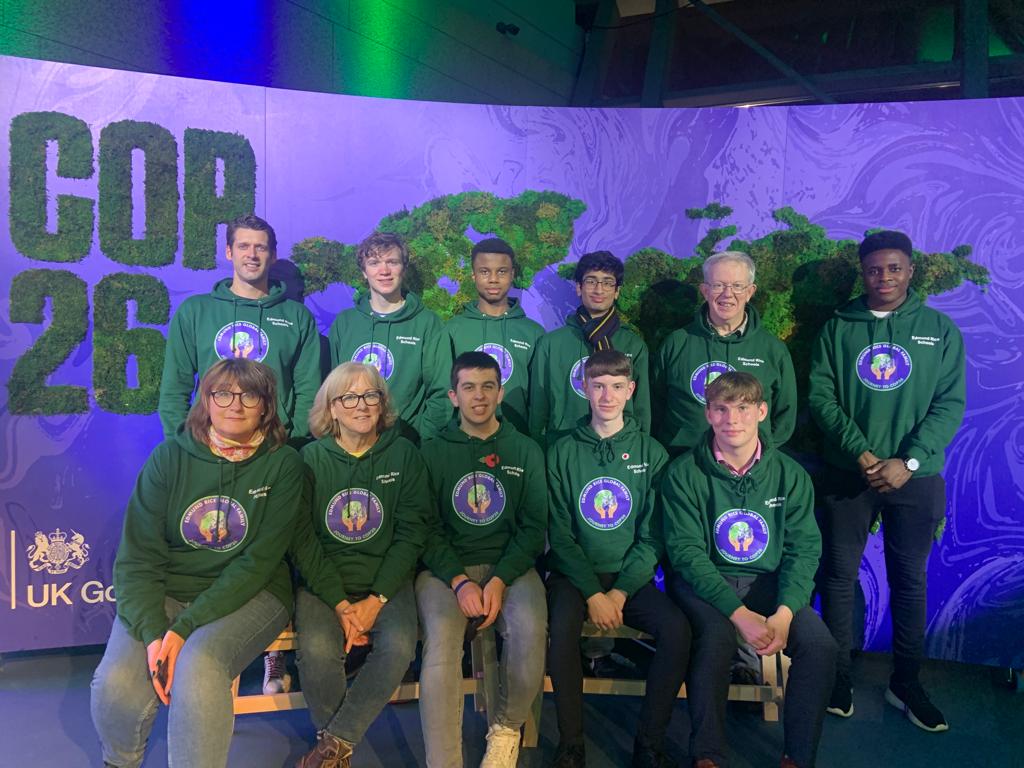 The Edmund Rice Network has actively engaged in climate activism leading up to COP26, the UN’s Climate Change Conference, which took place in November in Glasgow, Scotland. A group of students from Edmund
Rice schools in England attended the Conference of Youth (COY16) in Glasgow from 28th-31st October. They presented a statement on behalf of Edmund Rice Schools in England, India, Uruguay and the USA and young people in Bolivia, which became part of the global youth statement that went directly to policymakers at COP26. A further group of 12 students also participated in the Green Zone events at COP26 at which copies of the statement representing the global schools network were distributed.

Other related initiatives involving Edmund Rice schools included the Edmund Rice Education Australia Climate Crisis Statement and the recent ERth Summit, organised by PRATYeK in India and supported by Edmund Rice International. This provided an opportunity for several hundred child activists from a range of countries to voice their concerns about the environment, particularly the current climate emergency. Following presentations from panelists and interactive discussions among the participants over the three days of the Summit, a list of recommendations was prepared ahead of the COP26 meeting. Commenting on the Summit Peadar O’Hubain, from the Embassy of Ireland, New Delhi stated ‘This is an extremely timely discussion ahead of COP26. Your leadership in climate action is vital’ whilst Ms Deirdre Boyd, UN Resident Coordinator, India, who presided over the culmination ceremony marvelled at the work and stated ‘Climate change is no longer a threat 100 years away, it is already here. Children and young people are not just victims. You are the future to bring change.’