Changes to the ERD Board and Team

We had a number of changes to the board of ERD over recent months. Matt Breen retired from the role of Chair having served since 2008, and John Cooley was appointed to replace him.

We were deeply saddened at the death of our dear friend and board member, Br. Dan O’Keeffe in July of 2017. Dan’s contribution to the board and to the financial governance of ERD over the years were great and we are very grateful to him for his long service. Our deepest sympathies to his family, brothers and friends.

Tony O’Keeffe retired from the board at the end of 2017. Our sincere thanks to Tony and his family for his dedicated support and service since 2008. During the year, three new board members, Karin Bacon, Br. Chris Glavey and Mary Hanson joined the board of Edmund Rice Development – we are delighted to have their expertise and support.

On the team side in 2017, ERD’s Fiona Dowling was seconded to the Mission Capacity Development Programme and Michael Hanly joined ERD as Programme Coordinator. Abigail Carney also joined ERD during the year as Communications Officer. Best wishes to all in their new roles. 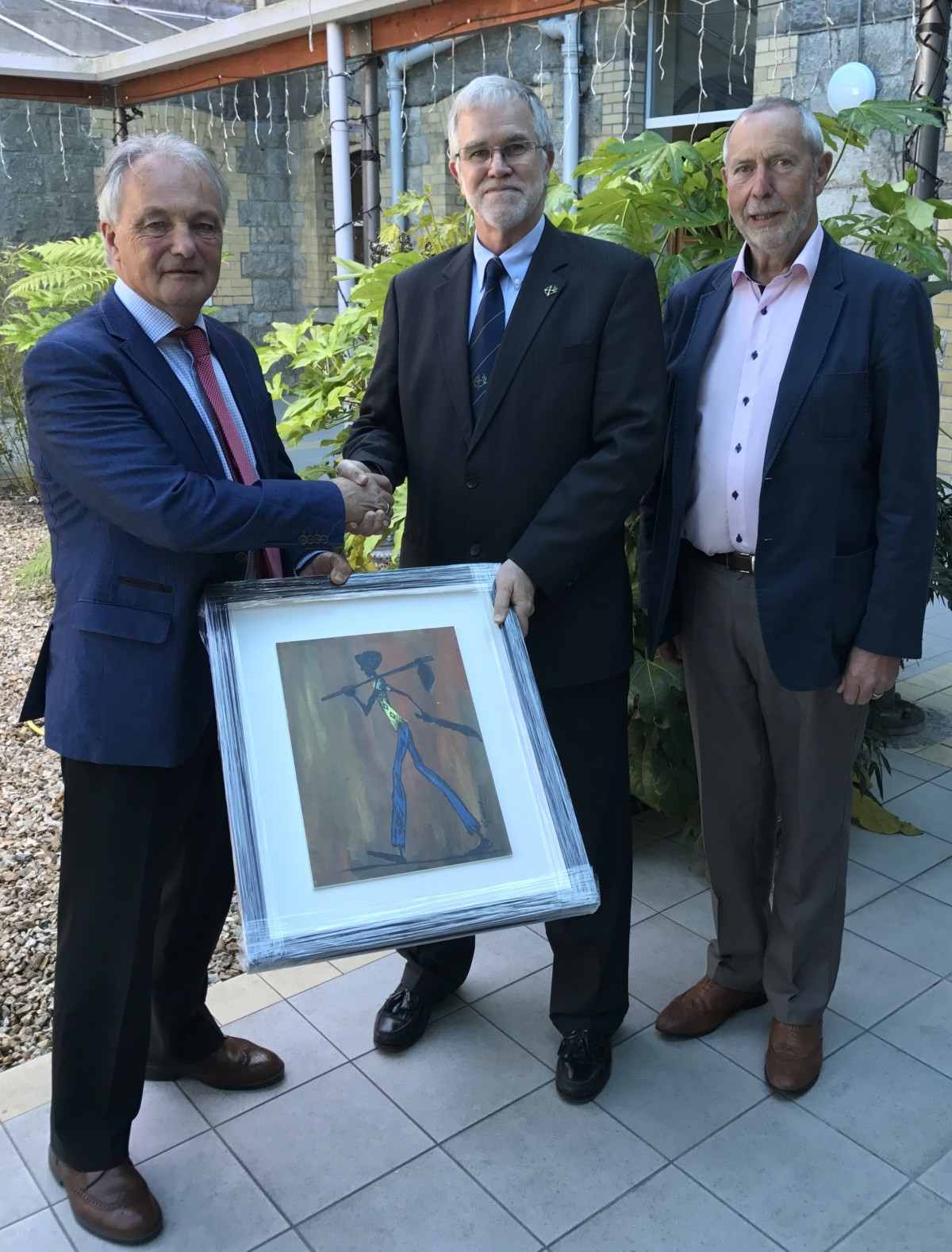 Br. Hugh O’Neill, Congregation Leader presents a painting from the Ruben Centre, Kenya to Matt Breen (pictured left) on the occasion of his retirement as chair of Edmund Rice Development.