‘Enough is Enough’: Marching for Children’s Rights in South Africa

On the 30th of June, the Edmund Rice Justice Desk led a community march through Bontenewel protesting ongoing gang violence in the Western Cape. During the march, shots could be heard in the area, highlighting the urgent need for change. In October last year, 66 child murders were recorded in the area.

The Justice Desk organised this march with young people and local community members to amplify their voices to demand their right to feel safe in their own homes. Executive Director Jessica Dewhurst signed the Justice Desk Bonteheuwel Peace memorandum alongside leading police and community members and handed it over to the South Africa Police Service (SAPS) and government counselors demanding that the community get a police station in order to protect the people of the area.

"Enough is enough and the children of Bonteheuwel deserve a safe home and community where their rights are protected!” Jessica Dewhurst, Executive Director, Justice Desk

The march has been a success. The police invited the Justice Desk to a meeting following the protest, where they promised: to increase police presence in the Bonteheuwel community immediately; to set up a fully functioning satellite police station in the area; and to begin lobbying provincial SAPS in order to build a new police station in the community. After many years of lobbying and fighting for the rights of this community, progress is being made.

The Justice Desk is an award-winning human rights organisation which operates in South Africa, Zambia and Zimbabwe working to empower local people to understand and defend their human rights. They educate, train, advocate for and equip youth, vulnerable groups, civil society, and governments in human rights, justice and advocacy. The Justice Desk works primarily in township areas and vulnerable communities, empowering and equipping local people with the necessary skills and platforms to transform society in a sustainable way and create a more just and equal world. 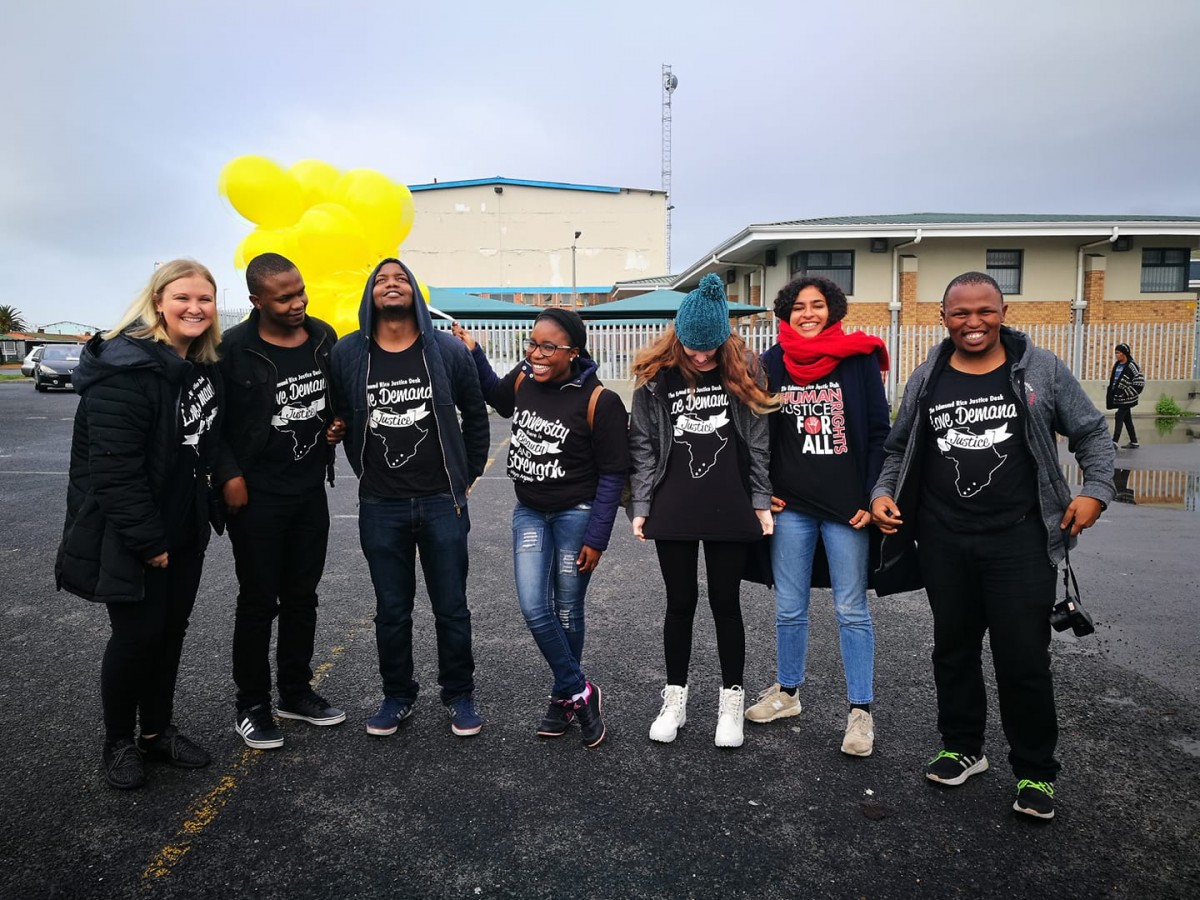