From Grassroots to Global: Edmund Rice International Advocacy at the UN 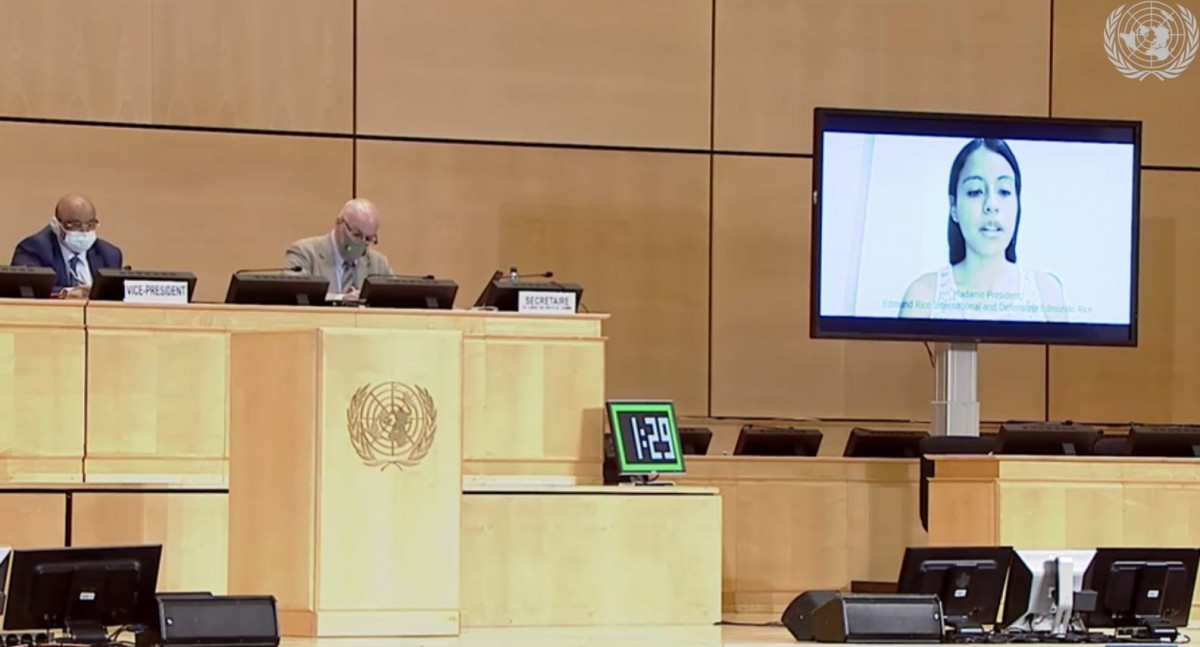 Advocacy for social justice and human rights is a priority area across Edmund Rice Mission. By being granted ECOSOC status at the UN in 2012, the Edmund Rice International (ERI) project based in both Geneva and New York is able to work in partnership with development projects throughout the world to feed into the United Nations mechanisms so that change can be driven at an international level.

During the 46th Human Rights Council session, ERI delivered a number of statements. With proceedings taking place virtually, NGOs were asked to raise their concerns via recorded video statements. This provided an opportunity for members of the Edmund Rice network to address the Council directly.

Statements were also delivered during the General Debates on:

We thank Misean Cara for supporting ERI and many of their partners so that they can continue amplifying and championing local advocacy voices on an international stage.