Catching Up with Edmund Rice International

It has been a busy winter at Edmund Rice International (ERI) in Geneva. This past month, ERI hosted the visit of more than 20 student ERI Youth Ambassadors from England and Ireland, as well as facilitating a three-day training in Human Rights and Advocacy for 13 participants from the Edmund Rice Network and partner organisations. Both these events coincided with the 35th session of the Universal Periodic Review (UPR) during which ERI made submissions for three of the fourteen UN member states reviewed.

Working in partnership with other organisations, ERI made submissions for Kenya, Kiribati and Grenada. The Kenya recommendations, which were made in partnership with 14 other locally-based NGOs, included access to education for children with special needs and disability, access to safe drinking water and the impact of climate change on food security. More than a dozen states made recommendations to Kiribati during the review that related to the issues raised in ERI's joint submission, which was made in partnership with Franciscans international and three locally-based NGOs. The issues ranged from the ratification of the Convention on Economic, Social and Cultural Rights (CESCR), to access to clean drinking water and sanitation for all, food security, access to health services and issues related to climate change. A major focus of the ERI submission for Grenada was on the abolition of flogging and the ratification of the UN Convention against Torture, which was made redundant by the decision of the Grenada government to ratify the Convention in September, a month before the UPR session was to commence.

During their visit, the ERI Youth Ambassadors had the opportunity to attend the UPR of Spain and to witness the process in real time. They also received a tour the United Nations before spending time at the Red Cross Museum. The ERI Youth Ambassadors spent afternoon sessions learning about the work of Edmund Rice International, and were also able to discuss with each other the issues they face daily in their communities, including homelessness, mental health and climate change. They formed groups on each topic and discussed ways in which they could address those issues.

“The time spent in these sessions was a valuable opportunity for learning from other schools. We got to discuss what campaigning had been done and what worked successfully, so that we could consider how we could implement these shared ideas into our own school communities.” -Mary Hodgson and Ryan Campbell, St Edwards College, Liverpool

All UPR submissions made by ERI can be viewed on their website under ERI Statements. The outcome of the reviews can be viewed on the UN website by selecting the name of the country and then clicking on the 'Report of the working group'. Edmund Rice International (ERI) is an NGO committed to working for marginalised children and young people. ERI works at an international level with the United Nations in Geneva and New York to promote and protect the rights of children and young people and care for the environment. ERI also trains and supports a global network of Edmund Rice Advocacy Coordinators and groups that initiate and coordinate social justice programmes and actions at local, grassroots level. 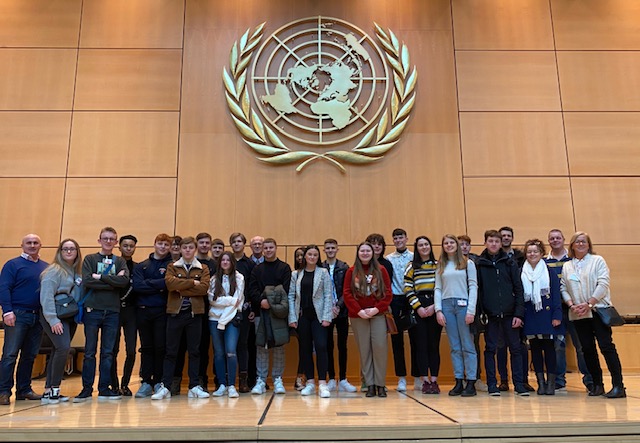